There’s nothing more satisfying than watching a film where the hero/ine (or antihero/ine) gets to act out vengeance on those who have wronged them. I think we all enjoy living vicariously through the screen and wishing revenge on our own enemies… even if it’s just that dude who keeps pushing you out of the way to get a seat on the bus… or maybe that’s just me. With that in mind I have picked out my top 1o movies that have strong themes of revenge in them.

Cape Fear (1991)
Starring: Robert De Niro, Nick Nolte, Jessica Lange
Who is seeking vengeance on whom?: After getting out of prison, convicted rapist, Max Cady plots revenge against the lawyer who defended him, who he holds responsible for his imprisonment.
“Max Cady: I am going to teach you the meaning of commitment. Fourteen years ago I was forced to make a commitment to an eight by nine cell, now you are going to be forced to make a commitment. You could say I’m here to save you.“

True Grit (2010)
Starring: Jeff Bridges, Matt Damon, Hailee Steinfeld
Who is seeking revenge on whom?: After her father is murdered, fourteen year old Mattie Ross hires a tough US Marshal to help her avenge him.
“40-Year-Old Mattie: People do not give it credence that a young girl could leave home and go off in the wintertime to avenge her father’s blood. But it did happen. I was just 14 years of age when a coward by the name of Tom Chaney shot my father down and robbed him of his life and his horse and two California gold pieces that he carried in his trouser band. Chaney was a hired man and Papa had taken him up to Fort Smith to help lead back a string of Mustang ponies he’d bought. In town, Chaney had fallen to drink and cards and lost all his money. He got it into his head he was being cheated and went back to the boarding house for his Henry rifle. When Papa tried to intervene, Chaney shot him. Chaney fled. He could have walked his horse, for not a soul in that city could be bothered to give chase. No doubt Chaney fancied himself scot-free. But he was wrong. You must pay for everything in this world, one way and another. There is nothing free, except the grace of God.” 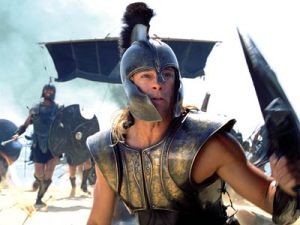 Troy (2004)
Starring: Brad Pitt, Eric Bana, Orlando Bloom
Who is seeking revenge on whom?: After Paris steals Menelaus’ wife, he sets out to seek revenge on not only Paris but all of Troy.
“Menelaus: I want her back.
Agamemnon: Well, of course you do, she’s a beautiful woman.
Menelaus: I want her back so I can kill her with my own two hands, and I won’t rest till I’ve burned Troy to the ground.
Agamemnon: I thought you wanted peace with Troy.
Menelaus: I should have listened to you.
Agamemnon: Peace is for the women, and the weak. Empires are forged by war.
Menelaus: All my life I’ve stood by your side, fought your enemies. You’re the elder, you reap the glory. This is the war of the world. But have I ever complained, brother? Have I ever asked you for anything?
Agamemnon: Never. You’re a man of honour.
Menelaus: Will you go to war with me, brother?“ 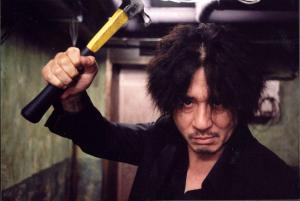 Oldboy (2003)
Starring: Min-sik Choi, Ji-tae Yu, Hye-jeong Kang
Who is seeking revenge on whom?: A mystery captor imprisons Dae-Su Oh and then releases him after fifteen years, leaving Dae-Su desperate for revenge. (As an aside, why the hell are they remaking this in English??)
“Woo-jin Lee: You want to torture me, but I can simply kill myself first. Do you want revenge, or do you want the truth?“ 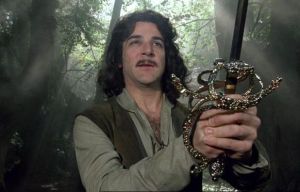 Kill Bill vol 1 (2003)
Starring: Uma Thurman, David Carradine, Lucy Liu
Starring: Uma Thurman, Lucy Liu, David Carradine
Who is seeking revenge on whom?: When Assassin, “The Bride” awakes from a coma with the child she was pregnant with missing, she sets out to wreck revenge on her former team who betrayed her.
“Copperhead: So I suppose it’s a little late for an apology, huh?
The Bride: You suppose correctly.
Copperhead: Look, bitch… I need to know if you’re going to start any more shit around my baby girl.
The Bride: You can relax for now. I’m not going to murder you in front of your child, okay?
Copperhead: That’s being more rational than Bill led me to believe you were capable of.
The Bride: It’s mercy, compassion, and forgiveness I lack. Not rationality.
Copperhead: Look. I know I fucked you over. I fucked you over bad. I wish to God I hadn’t, but I did. You have every right to want to get even.
The Bride: No, no, no, no, no. No, to get even, even-Steven… I would have to kill you… go up to Nikki’s room, kill her… then wait for your husband, the good Dr. Bell, to come home and kill him. That would be even, Vernita. That’d be about square.” 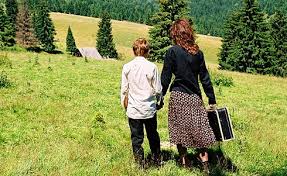 Katalin Varga (2009)
Starring: Hilda Péter, Norbert Tankó, László Mátray
Who is seeking revenge on whom?: After Katalin’s finds out that that their son is not his, he throws them both out leading her to seek revenge on the men who attacked her years before. 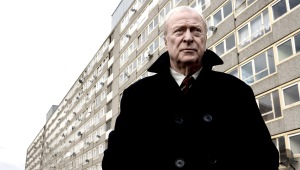 Harry Brown (2009)
Starring: Michael Caine, Ben Drewe, Emily Mortimer
Who is seeking revenge on whom?: After his best friend is murdered by the gang that terrorises his estate ex-serviceman Harry Brown seeks to avenge his death.
“Harry Brown: [On shooting a drug dealer whose gun jammed when he tried to kill him] You failed to maintain your weapon, Son.“ 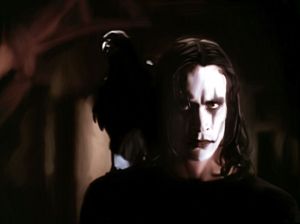 The Crow (1994)
Starring: Brandon Lee, Ernie Hudson, Michael Wincott
Who is seeking revenge on whom?: Musician Eric Draven returns from the dead to seek revenge on the men who murdered him and his fiancee.
“Gideon: Look, I’m beggin’ you, alright? Don’t kill me.
Eric Draven: I’m not gonna kill you. Your job will be to tell the rest of them that death is coming for them, tonight. Tell them Eric Draven sends his regards.“ 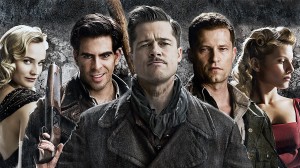 Inglourious Basterds (2009)
Starring: Brad Pitt, Christoph Waltz, Diane Kruger
Who is seeking revenge on whom?: Jewish refugee, Shoshanna Dreyfus seeks revenge on the Nazis that murdered her family. At the same time a group of Jewish-American guerillas called the basterds are hunting down every Nazi they can find.
“Shosanna Dreyfus: My name is Shosanna Dreyfus and THIS is the face… of Jewish vengeance!