Ever wondered just what your passport was worth? Regular readers of this blog will know that I hold dual South African-British nationality. I was born and grew up in South Africa but moved to the UK in 2004 and eventually gained British citizenship last year. I hold passports for both.

Of course anyone who has citizenship from somewhere outside the “first world” will know not all passports are created equal. If you come from anywhere in Western Europe, North America or Australasia most countries will welcome you, at least as a tourist, without any kind of pre-qualification. However those who don’t, will know all too well the joyous hoop-jumping thrill of applying for a visa… for everywhere.

Recently residence and citizenship planning advisors, Henley & Partners published their annual passport league table, ranking 219 territories in order of “ease of travel” I suppose. According to the league table the maximum points total a nationality could get is 218, as a point is subtracted for traveling to your own country, except for countries where nationals have to have a visa to reenter their own country. It seems that this only applies to the Democratic People’s Republic of North Korea (has anyone else noticed that the minute you add democratic to the name of your country it’s normally a signal that it’s the exact opposite). A point is then subtracted for every country that requires you have a visa to visit.

It’s unsurprising that a UK passport ties for number one with Sweden and Finland with a whopping 173 points, followed closely by the USA in second place with 172 (tied with Germany, Luxembourg and Denmark). South Africa comes in at a rather pitiful 42, with only 94 points, tying with Turkey and St Lucia – slightly better than Bosnia Herzegovina, Albania and the Solomon Islands but not quite as good as Serbia, The Former Yugoslav Republic of Macedonia or El Salvador.

However one must be satisfied with one’s lot. At 42 Mzansi is still the highest ranked of all African countries. You also wouldn’t want to come from Pakistan, Somalia, Iraq or Afghanistan who come in at joint 91st, 92nd and 93rd at the bottom of the table. Afghans are only able to enter 28 countries without a visa. Bizarrely even citizens of the Democratic People’s Republic of North Korea are more welcomed worldwide at 85 with 41 countries not requiring a visa… maybe because you can’t actually leave the country without an exit visa anyway. They’re hardly likely to deluge the French Riviera.

I guess this proves once again that there is a very distinct divide between the two different halves of the world… those who are welcome and those who are seen as a threat!

You can see the whole league table here, so let me know… how does your passport rank and do you think it’s fair? 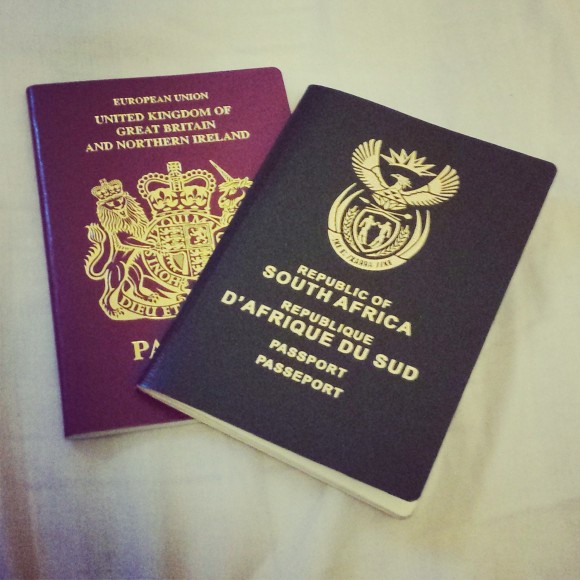