In 19th Century France, Jean Valjean (Hugh Jackman) is finally released from prison after 20 years of hard labour for stealing a loaf of bread. Unable to find work, he steals the silver from a church and uses this to set himself up as a respectable businessman. When he discovers that Fantine (Anne Hathaway), one of his employees has been unfairly dismissed, he offers to adopt her daughter, Cosette (Isabelle Allen). Of course Valjean’s nemesis, police officer, Javert (Russell Crowe) is eternally on his trail and when teenage Cosette (Amanda Seyfried) falls for a young revolutionary, Marius (Eddie Redmayne), Valjean’s carefully arranged life could fall apart at any minute.  Unlike most, I haven’t seen the musical or read the book so this was my first exposure to the plot… and I have to admit that some of the story is bonkers.  That said, it’s very well made and quite breathtaking. The singing varies in quality (don’t quit your day job, Russell) and there’s barely a spoken word but both Jackman and Hathaway’s brilliant performances make up for it along with Sacha Baron Cohen and Helena Bonham Carter, who are scene stealing as the opportunistic Thenardiers. 3.5/5

In this totally unnecessary remake of the original Footloose film of the 80’s, city boy Ren (Kenny Wormald) arrives in a backward town to discover that dancing has been banned by the uptight local preacher (Dennis Quaid). Really?? In 2011? Anyway Ren immediately falls for said preacher’s spine-crushingly annoying “bad girl” daughter, Ariel (Julianne Hough) but she’s hooked up with daredevil driver and all around shit, Chuck (Patrick John Fleuger). Unsurprisingly Ren hatches a plan to win over Ariel and the down using dance. Blah. Dozed off for a bit. Don’t bother. 1/5

Attractive, single product tester, Lauren (Reese Witherspoon) meets CIA agent best friends, Tuck (Tom Hardy) and FDR (Chris Pine) within minutes of each other and starts dating both. When they discover that they’re both falling for Lauren, they make full use of the CIA’s resources to compete for her affections, including bugging her house and stalking her. Hilarious. I’d like to put it out there that if these two men were not good looking this would be a horror movie. The whole premise is so lame that it’s hard to believe that anyone agreed to star in it. Avoid at all costs. 0/5 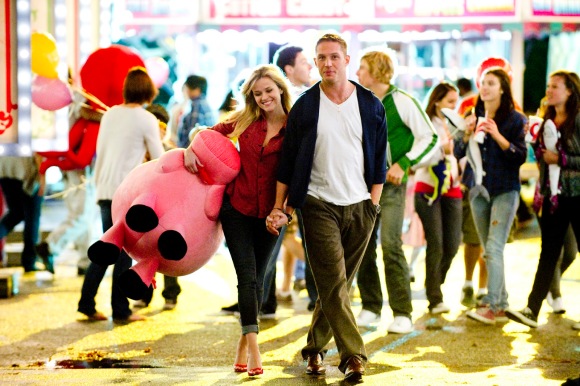 Dashing police captain Jin (Takeshi Kaneshiro) breaks, Xiao Mei (Ziyi Zhang), a suspected member of rebel group The House of Flying Daggers out of prison so she can re-join her group. But in this twisty martial arts tale nothing is as it seems. This film is not really about the storyline though, it’s about the mind-blowing cinematography. It’s so breath taking that it’s hard to concentrate on the subtitles and not just vanish into the scenery. Pair this with the blistering chemistry between Jin and Mei and the eye-popping wire enhanced fight sequences and you’re onto a winner. 4/5 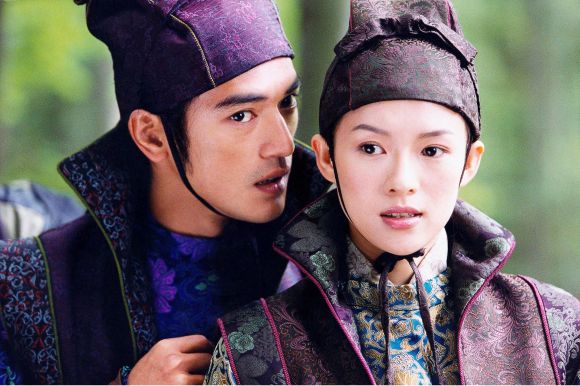