Freshman DJ-wannabe, Beca (Anna Kendrick) reluctantly joins an all-girl, on campus a capella group called the Barden Bellas. Beca is full of fresh ideas but unfortunately group leader, Aubrey (Anna Camp) is stuck in the past and not willing to listen to anyone else’s opinions. Unsurprisingly there are some pretty major flaws in this film, the largest being that it can’t quite decide what it wants to be so the tone is all over the place. The story is also cheesy and predictable and it’s a bit hard to understand why Beca doesn’t jump at the chance to get it on with her hot station manager boss. The upside is that it has moments that are laugh out loud funny. I was expecting the majority of the humour to come from Rebel Wilson as Fat Amy but the best (and most disturbing) character in the bunch is definitely Hana Mae Lee playing the softly-spoken but seriously unhinged, Lilly. Watchable as a bit of fluffy popcorn… especially if you like Glee. 2.5/5 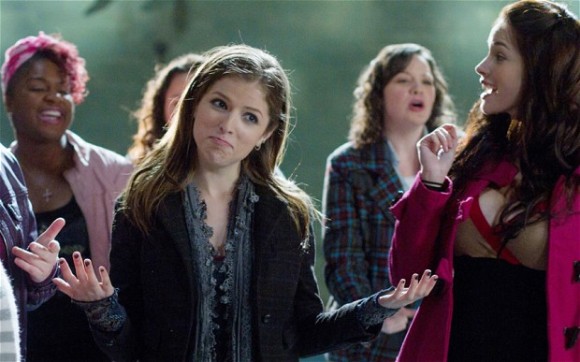 “All I’m saying is… whoever smelt it dealt it!”

While on holiday with his stuffy fiancé (Rachel McAdams) and her parents, idealistic writer Gil (Owen Wilson) gets into a taxi, which takes him back in time to 1920’s Paris. As Gil spends more and more time in an he believes to be the “golden age”, he meets several of his heroes, played with comic over exaggeration by an array of Hollywood stars and falls for art-groupie, Adriana (Marion Cotilliard). Of course in the process Gil learns a lot about himself, the concept of nostalgia and what he really wants from a relationship, but the joy of this film is being able to immerse yourself in the headiness of his midnight adventures. A rare return to form for Woody Allen. 4/5 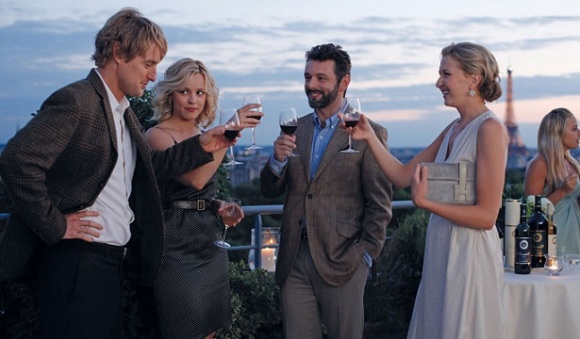 When stubborn, free-thinker Elizabeth Bennett (Keira Knightly) meets wealthy gentleman, Mr Darcy (Matthew Mcfayden), she thinks he’s a bit of a knob. When she suspects him of interfering in her sister’s (Rosamund Pike) potential marriage to his friend, Mr Bingley (Simon Woods) she thinks he’s a complete and utter wanker. Of course things are not quite what they seem, but by the time our Liz figures this out, it might be too late for either of these extremely proud Edwardians to find happiness. This is of course one of the many interpretations of the classic and Jane Austen novel, which is unquestionably amazing. It’s not a bad interpretation, no matter how annoying Knightley is, but I’m not sure anything would live up to the awesomeness of the book which makes it hard to judge. Look out for Tom Hollander playing comic relief cousin, Mr Collins. 3.6/5 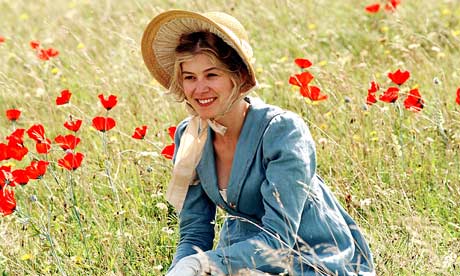 Small town girl, Ali (Christina Aguilera) heads to LA to seek her fortune and becomes a dancer in an ailing burlesque club owned by Cher. Unsurprisingly, there is an unavailable love interest in engaged barman, Jack (Cam Giganet) and an angry alcoholic rival in former ingénue, Nikki (Kristen Bell). I’m not going to bother with anymore plot description because this film is so predictable that if you can’t figure out exactly what’s going to happen in the first 10 minutes, I worry for your future. If the level of naïve sweetness one is expected to swallow from someone the age of dear, Xtina, is not enough to put you off, then you might enjoy watching Cher’s face fail to move once throughout the entire film. Rather just go and watch Centre Stage again. 1.5/5 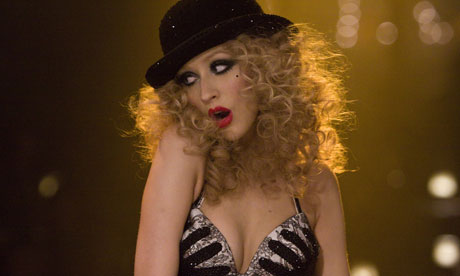 Xtina was shocked to find her cheek superglued to her shoulder.