The Life of Pi

Filmed in glorious 3D, this adaptation of the modern classic by Yann Martell features the story of Piscene Patel (Suraj Sharma), a young Indian man who is shipwrecked while on a voyage to Canada with his family and the animals from their zoo. Trapped on a tiny lifeboat with a tiger named Richard Parker for company, Pi must learn to survive and also gain the trust and respect of the beast. The heady 3D is perfect for the magical realism so present in the novel and it’s hard not to get swept up in this fantastical tale, particularly when Sharma is so outstanding. Fortunately they’ve kept in the thought-provoking ending, which makes the book so special and it’s hard not to be touched. Must-see. 4/5

The Hobbit: An Unexpected Journey

I’m not ashamed to admit that I have never read The Hobbit. Probably because I found the Lord of The Rings trilogy (which I never finished) so tedious. That doesn’t mean I didn’t mostly enjoy the films though and with that in mind I was quite excited to see An Unexpected Journey. Martin Freeman plays Bilbo Baggins, a homely hobbit, tricked into joining the quest of some very hungry dwarves to reclaim their homeland by wizard, Gandalf (Ian McKellan). Along the way they must face not only some vengeful orcs but also a tribe of impressively hideous goblins while Bilbo has an encounter with a rather unusual schizophrenic little fellow with a very interesting ring. On the good side, the 3D is eye-poppingly amazing and the dwarves are hilarious and very cool. On the not so good side, it’s easy to see that the story has been significantly padded even without having read the book and it does rather drag in places. I might have dozed off a couple of times… 3/5 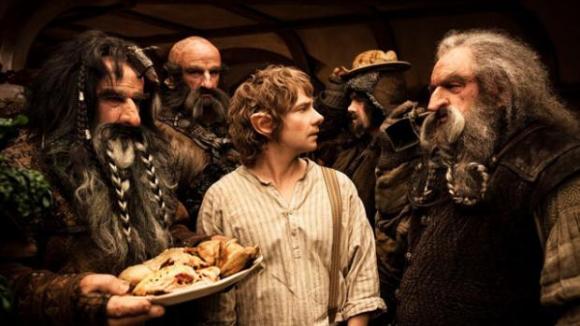 What do you mean, you’ve eaten all the Crunchy Nut?

After tough cop, Walt Koontz (Robert De Niro) has a stroke, he must turn to Rusty (Philip Seymour Hoffman), one of the drag queens he hates, to help him regain his speech. This film is achingly predictable. Of course Walt learns to respect the damaged Rusty and at the same time discover something about himself and how to live a full life after a devastating incident. There’s also a ropey sub-plot about drug money, which eventually gives Walt the opportunity to prove his dedication to Rusty. Can’t be arsed to watch it after that description? I don’t blame you, but it’s just about worth it for Hoffman’s, typically chameleon-like portrayal of Rusty. Even with such a flimsy story, he is a joy to watch. 2.5/5 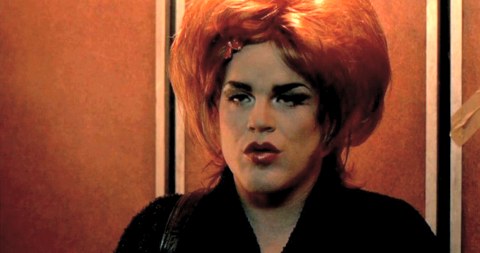 Too much make-up? Why, I’ve never heard such a thing!