When you suggested that I do some chores for my allowance, mom, this was not what I had in mind!

Kidulthood
A group of inner city London teenagers is given a day off after their bullied classmate commits suicide. In the lead up to an inevitably bloody conclusion at the party taking place that night they engage in sex, drugs and violence while finding out a lot about themselves and each other and what they can and can’t handle. Despite the fact that there is an element of caricature and heavy-handedness in the script, I really liked this and found it really identifiable as a London resident. 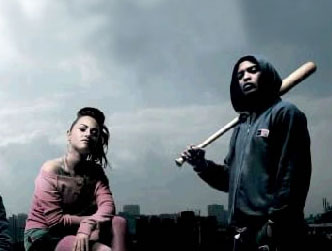 How come we can never find those Cullens when we feel like playing baseball?

Kiki’s Delivery Service
I’m a huge Miyazaki fan and this tale of a young witch leaving home and starting up her own delivery business was charming, but it’s not his best. Maybe it was because I had the English dub rather than the original Japanese with subtitles. It still kicks Disney’s lame ass but it’s no Spirited Away or My Neighbour Tortoro. 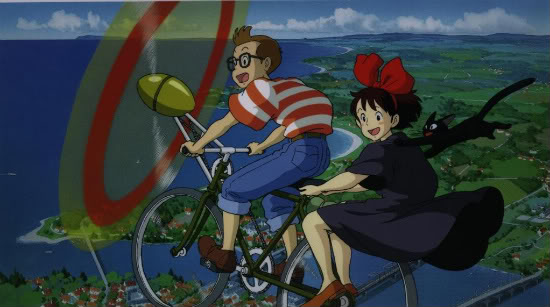 Kingdom Of Heaven
A blacksmith (Orlando Bloom) loses his young wife to suicide (it’s fricking suicide city this week) after the stillbirth of their baby. Questioning his faith, he pops off his priest brother (a detail which seems to be swept under the rug almost immediately), discovers that his absent father (Liam Neeson) is a knight and heads for Jerusalem to join the Crusades. Somehow, it seems through knobbing the lepromatous king’s already married sister, he becomes the defender of Jerusalem and then whinges and pours boiling oil on people for two and a half hours before coming to the amazing moral conclusion that lyk Christens an Muzlims can be frendz, innit? Cuz religionz an ting iz all bullshit, yeah? The shame here is that I almost thought Orlando (I should have just stayed an elf) was hot for three seconds after he got out of the bath naked.